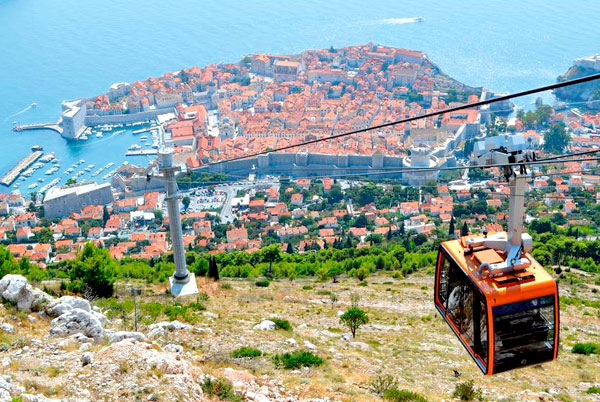 The very best view of Dubrovnik is from Hill Srđ. And not only Dubrovnik – town Cavtat, Elafity island range, Lokrum island and more is visible from this dominating point. Of course, this means that all the best photos you will take in Dubrovnik will be taken from there.

We invite you to join us on a sunset Cable Car Tour on which you will hear stories from past and present explained from best vantage point by an expirienced local guide. Find out how Dubrovnik came to be; why right here; hear about Dubrovnik's growth trough centuries and its rivalry with Venice.

Fort Imperial, built by the Napoleon's army on the top of Srđ hill can be seen from almost everywhere in Dubrovnik. It became first line of defense of Dubrovnik in 1991 during the Homeland War and for its people it is a symbol of heroic defense of the town. The fort still bears scars from bombing in that period. Today it houses a Homeland War Museum.